Although you might think that social networking websites are a great place to extend your social circles, a recent study conducted by Pew Research found that most Americans aren’t using these sites to spread their wings and blossom into Internet social butterflies. 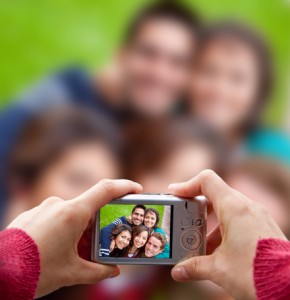 Social Networking Is About Family And Friends

Only 9% of 2,277 participants cited making new friendships as a major or minor reason they use social networking sites, while 57% responded that they don’t use them at all to develop new friendships.

The study found that groups that were most likely to seek out new friends via social networking websites included men, African Americans, those with an income under $30,000 and those that have a high school diploma, but haven’t attended college.

Dating was a low priority for social media users. 8 in 10 participants responded they didn’t use social networking websites for the purpose of dating at all.

Unlike other social networking websites, Twitter allows people to get status updates from anyone, even if the person that’s being following  hasn’t confirmed that you’re a friend or an acquaintance. One in ten Twitter users responded that reading updates from athletes, celebrities and politicians was a major reason they use the website.

Although some celebrities are always welcome to adding a new friend to their follower list, chances are that being Lady Gaga’s 15,911,125 th follower isn’t going to garnish you any special attention, especially since she only follows back 141,036 people - which is an indication that she isn’t necessarily looking for a lot of new friends either.

What are your feelings on making new friends at Social Networking websites? Have you made new friends or established new relationships using these popular Internet destinations?