A recent study conducted by Reed - a leading employment recruitment agency in the UK - found some interesting results about the use of social media in United Kingdom workplaces. 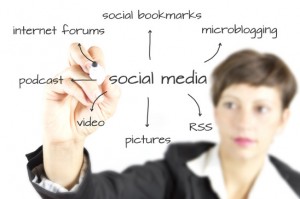 Social Media Is Complicated Business In The Workplace

The study also found that company policies on the use of social network sites vary.  28% responded that they’ve blocked access to social networking websites altogether, 40% of respondents grant limited access to employees, while 32% have no set policies or content blocking measures put in place to keep employees from wasting time - and payroll - at these types of websites.

Businesses that don’t ulilize content filtering and set internet usage policies are putting their business computer network at risk by potentially exposing it to malware, viruses, trojans and other internet threats. Employees that are allowed to freely click around the internet are more likely to visit a website that contains malware, spyware or  accidentally downloading a file that contains a virus. Once a virus has been opened and infected the computer network, the malware is then free to access critical data and further the infection by sending infected messages to people contained in your stored contact lists, worsening the problem both internally and externally.

Overall it seems as if most UK employers and employees have respect for the use of social media use in the workplace, but there’s always room for improvement, especially as the dangers of unsafe links, web destinations and infected files pose more security risks and concerns for business owners everywhere.