Even people in the game are questioning whether affiliate marketing is dead or not.   Of course articles like this are generally considered to be ‘link bait’ and in this case it worked!  Still, the points brought up in that post are worth debating.  Why exactly are affiliate marketers hated by most popular social networks and search engines?  It could be related to the fact that the sector has traditionally been responsible for huge amounts of spam.  Add to that a number of well publicized cases that the FTC has brought forth lately and you can see an industry under fire. 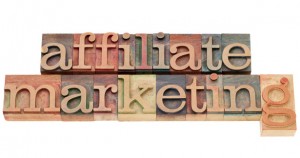 Affiliate Marketing Is Under Fire For Tactics

Even review sites are now being called into question, for obvious reasons.  The FTC says many of those reviews are ‘shams.’  One company settled with the FTC after admitting that its reviews came from affiliate marketers who were posing as customers.

Affiliate marketers pretending to be customers and putting in fake reviews certainly does call into question the mentality of many people working in the industry.  They seem to have a tendency to ‘kill the Golden Goose’ once an idea has been identified as profitable.  It makes sense to a degree.  Affiliate marketing is an extremely low-cost business to enter into, meaning the barriers to entry are low.  If affiliate marketing programs don’t maintain high standards, it’s not hard to imagine that the overall quality of marketers in the program could be very low.

These days, many affiliate marketers are expected to disclose that they’re being paid to promote certain products.  It’s likely that more regulations could be heaped upon the industry as regulators seek to ‘clean up‘ the image the sector has created.

The Google Panda update has not been kind to affiliate marketers (or at least to many vocal ones.) When a handbook of guidelines for Google’s human ‘raters’ emerged, it appeared the company was not very tolerant of affiliate marketing. A google rep even went so far as to label affiliates ‘an unnecessary step in the sales funnel.’ Once rhetoric like that starts, can a widespread purging of affiliates be far behind?

The Google rep has a point, of course. In the ‘old days,’ affiliates were needed because many manufacturer websites were not optimized for search traffic. As the years progressed and everyone and their cousin learned the basics of marketing online, these companies have grown to rely less on affiliate marketers and more on their own efforts for traffic generation.  Ironically, many of them now rely heavily on Google Adwords, while Google may be considered the largest affiliate marketer of all.

Undoubtedly affiliate marketing is likely to go on for some time.  There are many talented affiliate marketers who have built symbiotic relationships with advertisers.  They perform a service for visitors and the companies they’re helping.  Not all affiliate marketers are bad.  It’s just the bad ones get the most attention.  Still, it does seem like a number of large actions aimed at the industry are on their way.

Do you think affiliate marketing is under attack?  I’d love to hear your thoughts.