Web hosts range in size from tiny to massive, with companies of all dimensions in between.  Is there any advantage to using one of the smallers hosts rather than the huge, monolithic hosting companies that dominate the internet landscape?  Of course there are, as we’ll outline in the following posts.

With a large host, you tend to be ‘just a number.‘  That’s the nature of the game.  Since the company has amassed so many users, they can’t afford to spend a lot of time working with individuals. Expect a much more impersonal relationship with your web host when they are one of the biggest players in the game. 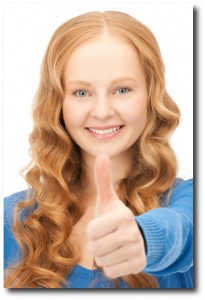 Large hosts tend to overcrowd their servers with clients.  The bigger the company, the larger their marketing clout.  Since they tend to sign up a lot of clients, they’re likely to load them on servers until they get the maximum ROI they possibly can.  This can result in slower servers.

Since larger hosts have so many clients, you can also expect slower response times to support questions in many instances.  This again is just the nature of the game.  If a server cluster has a problem at a large host, many clients will be impacted and they’ll tend to rush to support at the same time.  Lots of large hosts outsource all of their client support, which can be another cause for concern.  Some larger hosts are better than others at support, but generally a smaller host can offer more in-depth support for their client base because it’s smaller.

With smallers hosts, you matter more!  Let’s face it: hosts that have millions of clients are looking at the ‘big picture.’  They really will not shed a tear because someone has dumped their service.  In fact, they probably won’t notice.  Smaller hosts will work with you and do their level best to keep you satisfied.  After all, losing a client is a much bigger deal for them.  If you have feedback, most smaller hosts will be glad to listen and will implement updates if they can.  For larger hosts there’s much more bureaucracy involved and there’s no guarantee they’ll ever really make changes for their clients.  Big companies are driven solely by profits and their decision making tends to bear out that fact.

Choosing a smaller web host offers many advantages over signing up with the largest web hosts.  Don’t be afraid to give a small web host a shot at your business, you might end up being very glad you did.  Thanks for stopping by and I hope you enjoyed the post.